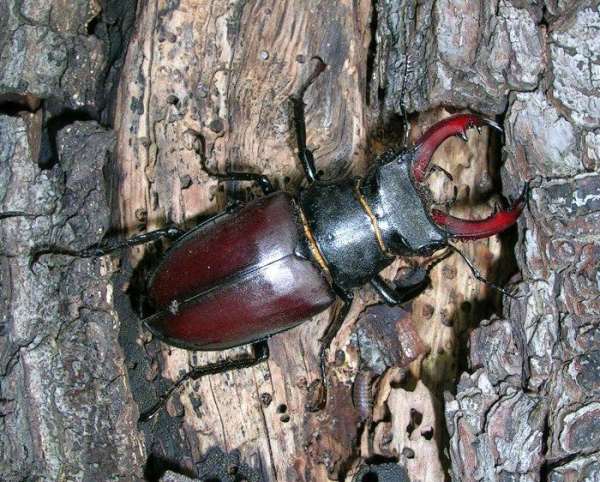 There are many 'stag beetle' species worldwide, but Lucanus cervus is the one most likely to be seen in Britain and northern Europe. (Its range extends down to the north of Spain and Portugal.) The common name is a reference to the enlarged mandibles of males of this species, which look like the antlers of a stag. Very much like stags, male Stag Beetles use their mandibles as weapons when fighting one another for the attentions of a female. 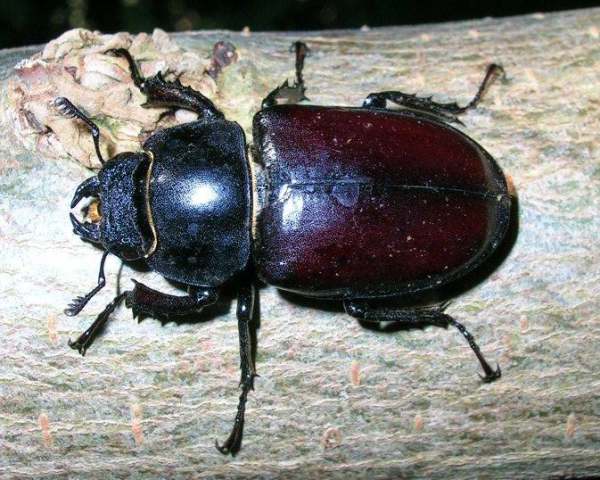 Despite their rather fearsome appearance, male Stag Beetle s are quite harmless - in fact the female is reported to be able to inflict a more painful nip.

Stag Beetles lay their eggs in soft soil or rotting logs and standing rotten broadleaf trees, most particularly oaks, where the larvae live for up to four years before pupating. The adults emerge from their pupal shucks in late spring or early summer. Stag Beetles are weak fliers (especially the females) and the winged adults live for typically three or four moinths until the onset of wintry weather, although there is evidence that a few adult Stag beetles survive through the winter and into the following spring. 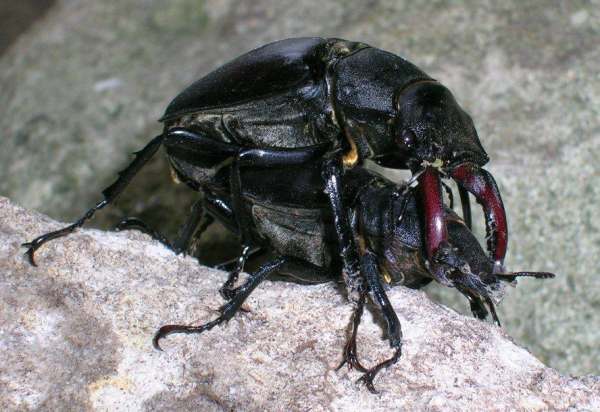 Even today there is still a great deal more to be learned about Stag Beetles, the largest of Britain's coleoptera species. What is clear is that both their distribution and their abundance have declined markedly, and this is reflected in their inclusion on the IUCN Red LIst as Near Threatened.

If you found this information helpful, you would probably find the new 2017 edition of our bestselling book Matching the Hatch by Pat O'Reilly very useful. Get an author-signed copy here...