This tough hydnoid (toothed) fungus could easily be mistaken for the charred end of a post standing slightly proud of the forest surface. Black Tooth is its common name, but don't be fooled: the teeth on the underside of the caps are not black but a pallid blue-grey when young and mid grey later.

If asked to give this fungus a more descriptive common name I would suggest that the Charcoal Hedgehog is quite an appropriate label for this spiny species of pine woodlands.

Phellodon niger is a rare find in Britain and Ireland but a more frequent sight in parts of southern Europe. This species is also recorded in North America. 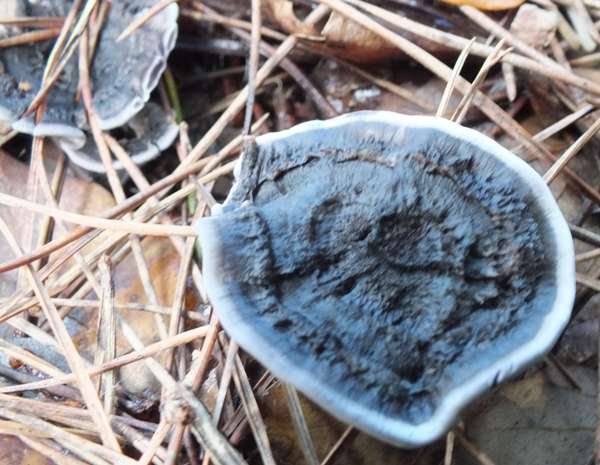 Phellodon niger is the type species of the genus Phellodon, in which there are currently only five species recorded in Britain. 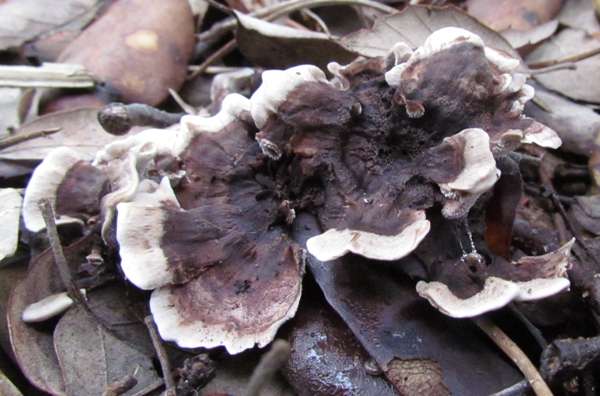 In 1881 the genus Phellodon was circumscribed by Finnish mycologist Petter Karsten; the generic name comes from phell-meaning cork, and -don meaning tooth. This is indeed a tough, cork-like tooth fungus. The specific epithet niger means black, of course.

Phellodon niger is a tough inedible fungus that often has twigs and conifer needles embedded in its caps. Even the woodland bugs seem to find this fungus hard to get their teeth into. It is unclear whether Black Tooth contains toxins, and we know of no recipes for this rather uncommon tooth fungus.