This well-known evergreen is better known as the Christmas Tree; it was introduced from mainland Europe into Britain. 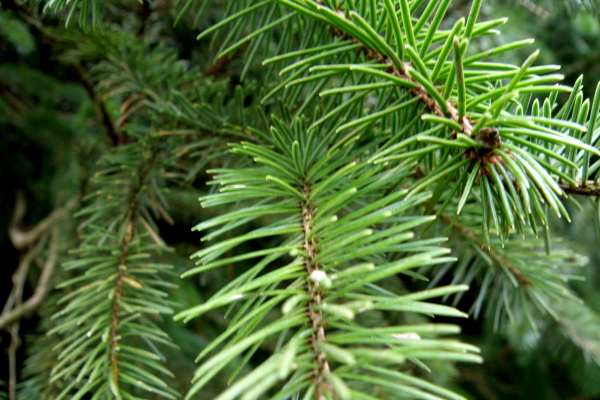 Above: young female cones are elongated 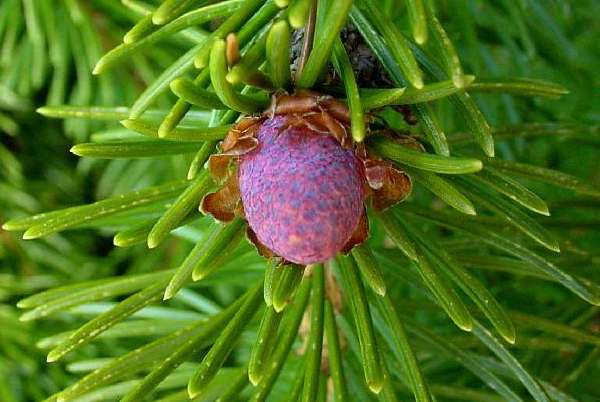 Above: the male cone of a Norway Spruce is more nearly spherical

The mature female (seed-bearing) cones of Norway Spruce, often 12 to 15 cm long, are stalkless and they are shed intact.

Spruce bark is fairly easy to recognise... at least, after a bit of practice.

Picea sitchensis, the Sitka Spruce, was introduced into Britain from North America in 1831 and is now widely planted here. It is a taller tree and has much shorter cones.