Goat Willow trees are very common in England and Wales, especially in the west. Smaller that the White Willow, Goat Willow - also known as Pussy Willow - has lovely downy flower buds in early spring, before the leaf buds burst. 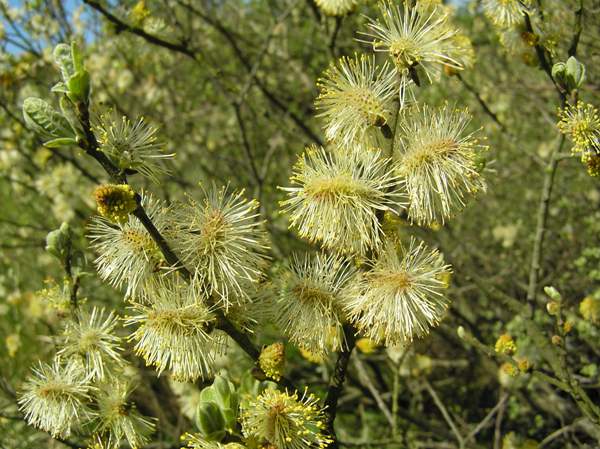 The male flowers (catkins) of Salix caprea usually open and distribute their pollen while most of the leaves are still in bud form. 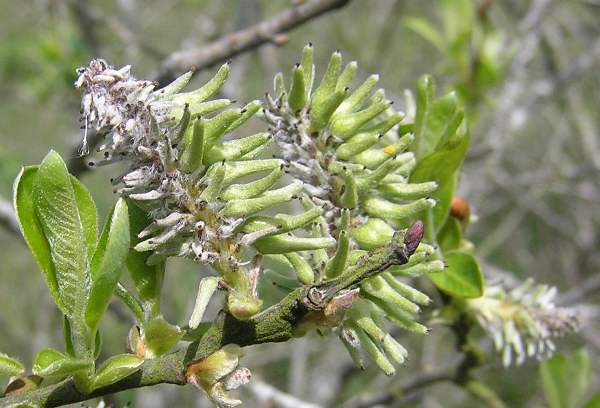 Much less conspicuous that the male flowers, the female flowers of Salix caprea have narrow flask-shaped ovaries. 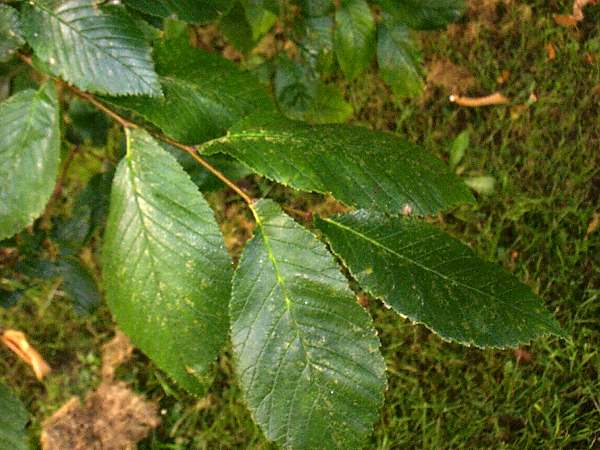 The leaves of the Goat Willow are alternate along the twigs; they are light green in springtime but darken considerably as summer takes over from spring. 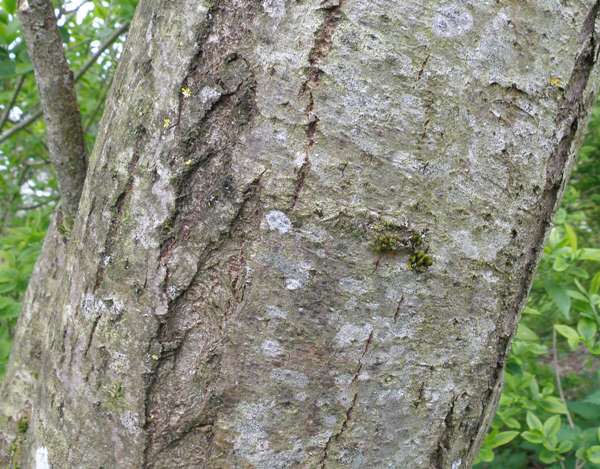 As with other willows, the bark of Salix caprea is smooth initially (see above) but becomes much more deeply fissured as the tree ages - as i9n the example below. 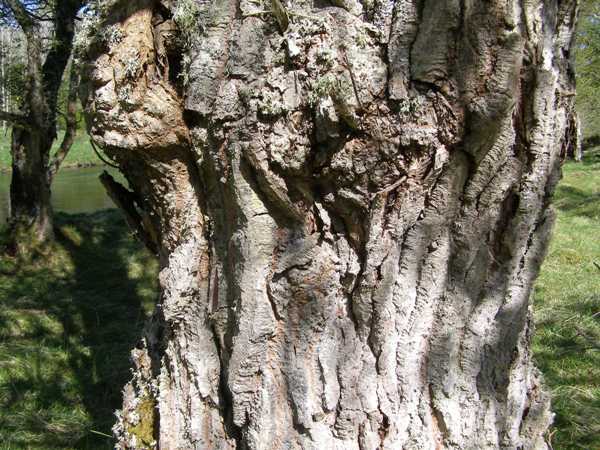 These trees love wet soil. Beside lakes they often grow as multi-stemmed bushes, whereas on riverbanks they more often grow are standard trees. They are capable of growing to substantial size, although rarely reaching much above 15 metres tall; they have a tendency to spread, sometimes leaning until branches touch the ground and take root.

Woodn from Goat Willow trees was used for making clothes pegs, and some tool handles were also made from this timber. It is not a popular firewood because of its tendency to 'spit' as it burns.