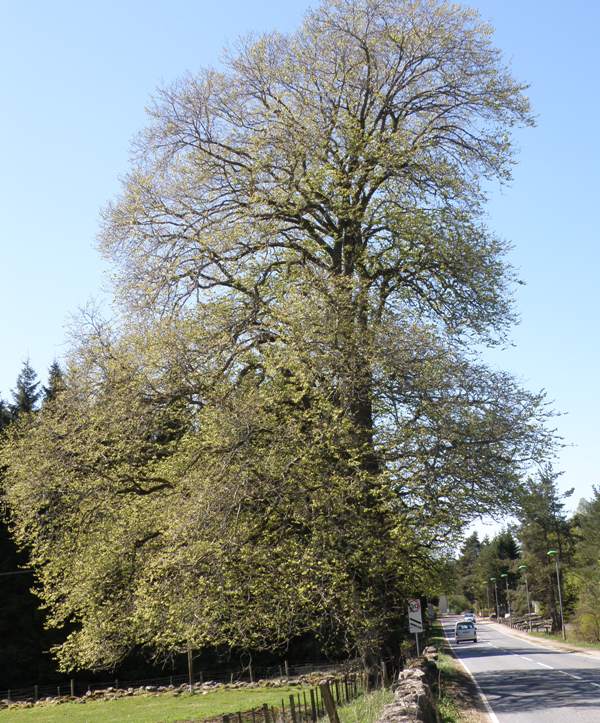 This is the most common of the native elm trees of Britain; however, in common with other Ulmus species its numbers have been decimated by Dutch elm disease - an infection known to mycologists as Ophiostoma novo-ulmi, which belongs to the fungal class Ascomycetes - that entered Britain in the mid 1960s. 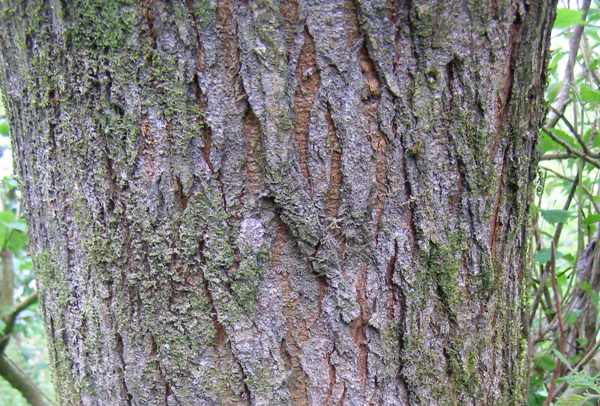 Leaves of Ulmus glabra are generally broadest near the apex and have 12 to 18 pairs of veins that end in pointed teeth at the edge of the leaf. 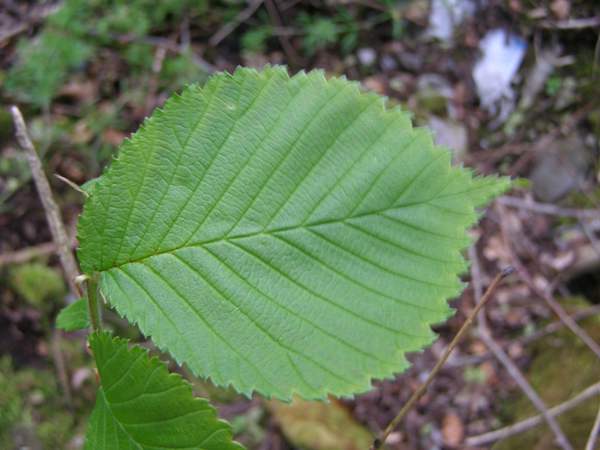 As with other elms, the upper side of the leaf is covered in stubbly bristles. 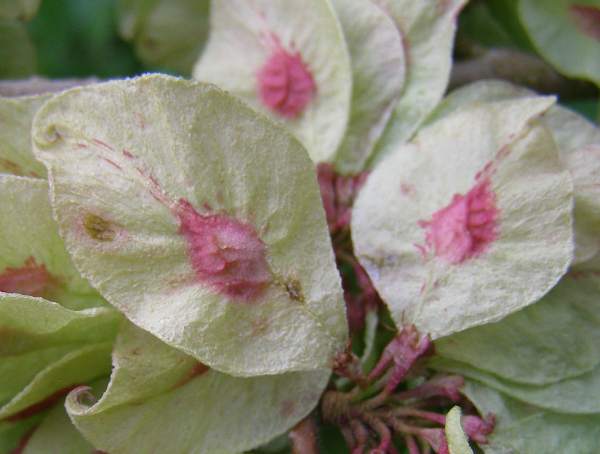 The seeds of Wych Elm are a valuable source of food form many kinds of small birds. They are flat and oval, appearing almost leaf like and green before the true leaf buds have opened, so that a Wych Elm in seed looks rather like a tree with young leaves. The seed develops in the centre of the oval disc, often turning bright pink as the seeds approach maturity, by which time the tree's leaves are beginning to emerge from their buds..